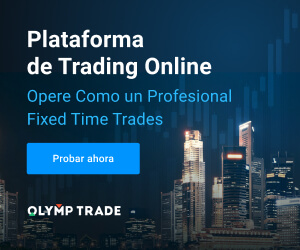 A Young Designer Channels Donald Judd in the South of France

The trio began at square one, rethinking everything, as the apartment was just a shell at that point. It is a project of geometry: according to Parente, a square. "Our mood board was Pierre Chareau’s library, Donald Judd, and a Martin Szekely bookcase," he says. Parente begins all of his projects with two core design directions, inviting dialogue—making a space for the clients to say what they love and what they don't. "I don’t like the idea of a signature style," he says. "Each project is really a dialogue—playing ping-pong with the client; I need to understand and respect their lifestyle and their lives."

In addition to working with a large art collection, which they were still forming at the time with art advisor and friend Sybille Rocharte, Parente was always mindful of the light. "This is a project in the south, so the light is different there—we wanted natural materials, nothing shiny and rich," he says. "We wanted graphic and subtle." This search for materials led to straw on paper, pale pink plaster, natural cork and walnut: materials that work with the Mediterranean ambiance and that read soft and natural.

Parente, 38, began his career with Andrée Putman, and in 2010 he started his own studio as an interior architect. "I wanted to let the rooms breathe, and the clients had the confidence to work with a younger, lesser-known designer," he says. "They are people who are nourished by art and very cultured. Their collection is specific, personal, and not about obvious names." All in all, this rather large project of about 3,700 square feet took about two years from beginning to end.

"A mix of rooms which articulate each other," is how Parente sums up the project. "This is acomforting place—the client wanted to push open certain doors, and I was completely on board."

The elevator landing in an apartment in the South of France designed by Rodolphe Parente features a pleated brass door and surround travertine floor, brass wall skirting, and a pink chair by Pierre Paulin. The painting is by A.R. Penck and the mirror is from Galerie KREO by Doshi Levien. "The walls have a mineral patina, in keeping with the soft finishes throughout," comments Parente.